Understanding why and how a Finnish Spitz should move is much simple than most fanciers realize. It takes the most simple understanding of biology and physics…

— we studied that in biology. How an animal is ideally built is dépendent on the work that we want that animal to perform. The hunting Finnish Spitz is used on rocky and mossy ground wich he covers at a ”lope” or canter. He must not move foward too much with each step or he will stumble on the uneven forest floor. He must move effortlessly or he will tire too quickly. 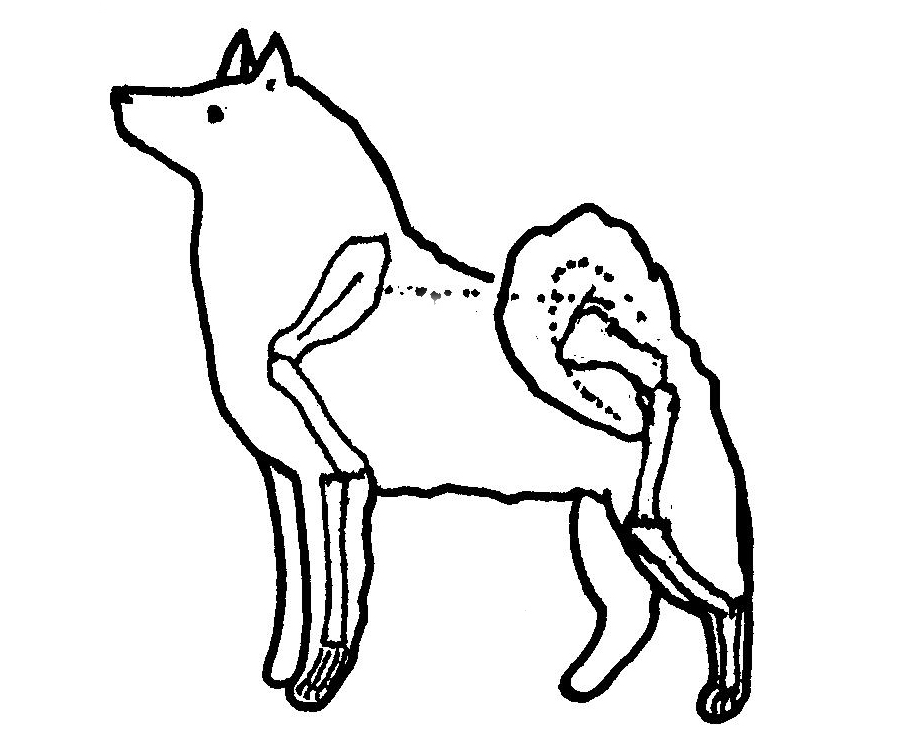 The ideal Finnish Spitz then is built squarely and up-rightly — his shoulder blades, which are not as slooping as in many other breeds, allow him limited reach forward so that he does not tend to step out too much with each step.
Because he does not gain enough speed at trot, then, the keen hunter will break into higher ”gear” and begin to ”lope” rather than trop. A dog with a square, upright body — that is with high head carriage and straight – sloping shoulder blades — is comforetable moving at a lope for long periods of time.

We don’t, however, evaluate movement on our dogs while they lope. The trop is a better standart gait. It clearly shows us whether the dog has the limited reach that we are seeking, whether his front gait is in balance or matched by his rear gait, and whether the movement is clean and efficient so that the dog will be able to hunt tirelessly.

Standing structure of the front should be with straight columns for leg-bones, the feer turning neighter in nor out. The toes have a natural tendancy to support weight on the Inside of the foot and do not turn slightly out — this however is no excuse for the Finnish Spitz which stands with weak wrists and ‘east-west’ turning feet. When you stand comfortably you also tend to point your toes ever so slightly outward.

The standing rear should stand with hocks moderate in lenght and appearing strong and straight. The rear toes may also turn so slightly outwards but sould never turn outwards with the hock joints close and weak, ie. ”cow-hocked”.

This means that at a walk or slow trot the front feet touch the ground in two separate tracks, inches apart. However, as the trot speeds the feet begin to converge so that they soon touch the ground along one single track at the center of gravity beneath the dog. The ideal gait is ” clean” — that means there is no wasted effort. The dog does not paddle out nor ”hackney” as he lifts his feet, nor does his gait cause his weight to roll from side to side. He sould look as if he is floating.

The rear movement is also smooth and effortless. The hocks should kick out evenly, no limp or favouring of a leg which might indicate a poor joint in the stifle or hock. As the speed increases the track upon which the feet hit the ground should also touch down in a single line. No wasted effort such as ”cow-hocks” or ”crossing over” is desired.

A common problem in Finnish Spitz is ”crabbing” or ”side-winding”. The dog tends to tracks so poorly that there are four separate tracks: the rear movement tending to creep up the side of the dog and dog appears to be moving side-ways. This is often cause by a poor-moving front being coupled with a stronger-reaching rear — the dog moves his front out of the way of the more efficient rear movement and so tends to move. 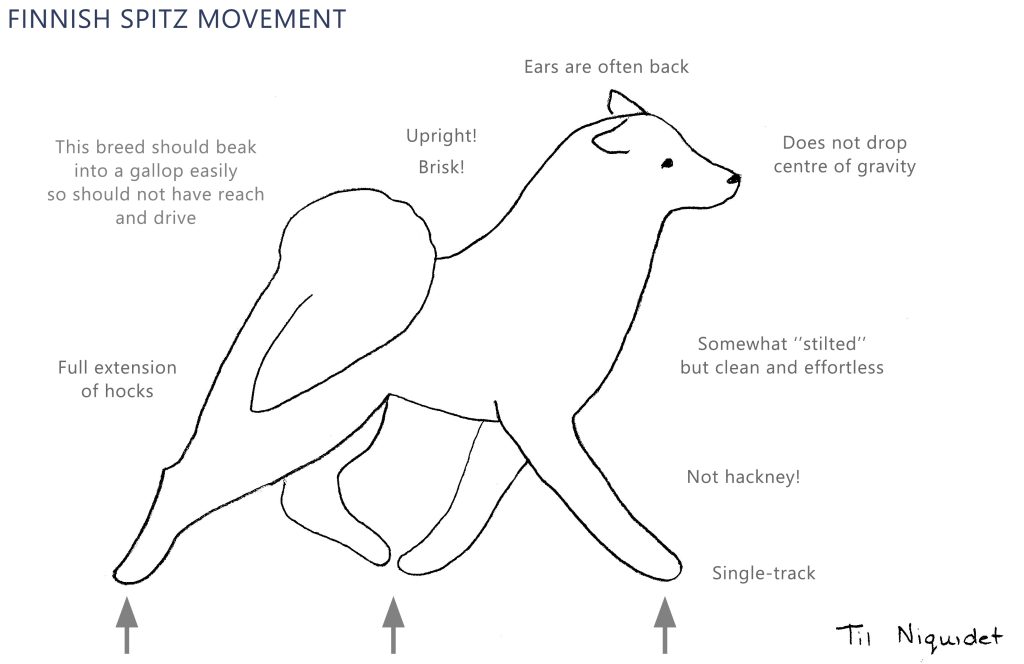 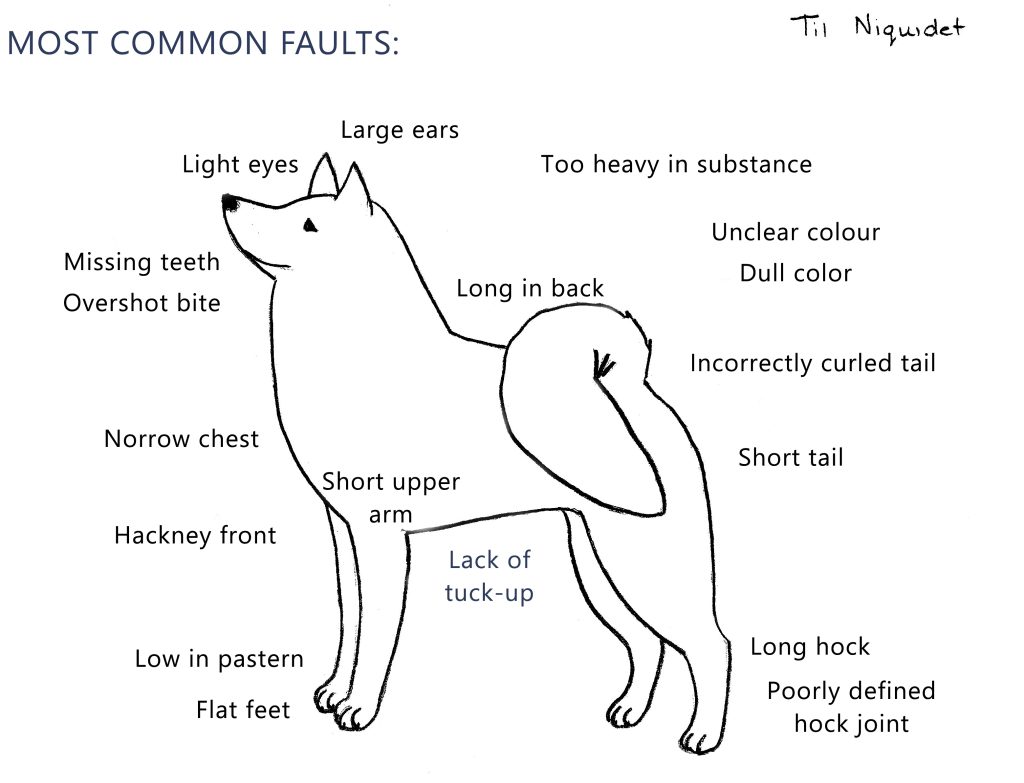