One comes, the other doesn’t

One Comes, the Other Doesn’t

What to do if your dog won’t come when called.

My herding dog comes. A voice or hand signal will bring her close. If she’s playing with other dogs, enjoying a rich scent, chasing a rabbit, no matter. Call her, she’ll come. She comes quickly. She comes affably. She always has. I’m sure she always will.

‘’The call of the Wild’’
My spitz dog, he’s a horse of another color. He comes sometimes – when he’s on leash, when he’s indoors, when there are walls, fences, barriers, when there is no escape. Now, after a year of carefully planned, highly sporadic training (think: the shoemaker’s children), he has actually come when called in the great, wide, free out-of-doors – a couple of times.

Nordic dogs are not German Shepherds or Golden Retrievers, nor should we expect them to be. Most of them readily learn on-leash obedience work, some more easily than others. But most are considered ‘’runners,’’ that is, a dog who, given the chance, will take off. Many, when indulging in this propensity, will not even bother to turn around to thumb a nose at you as they go. In fact, although it may feel otherwise, their running has nothing to do with you. They were bred to pull or hunt, work which requires long distance travel. They are prone to ranging far from home. 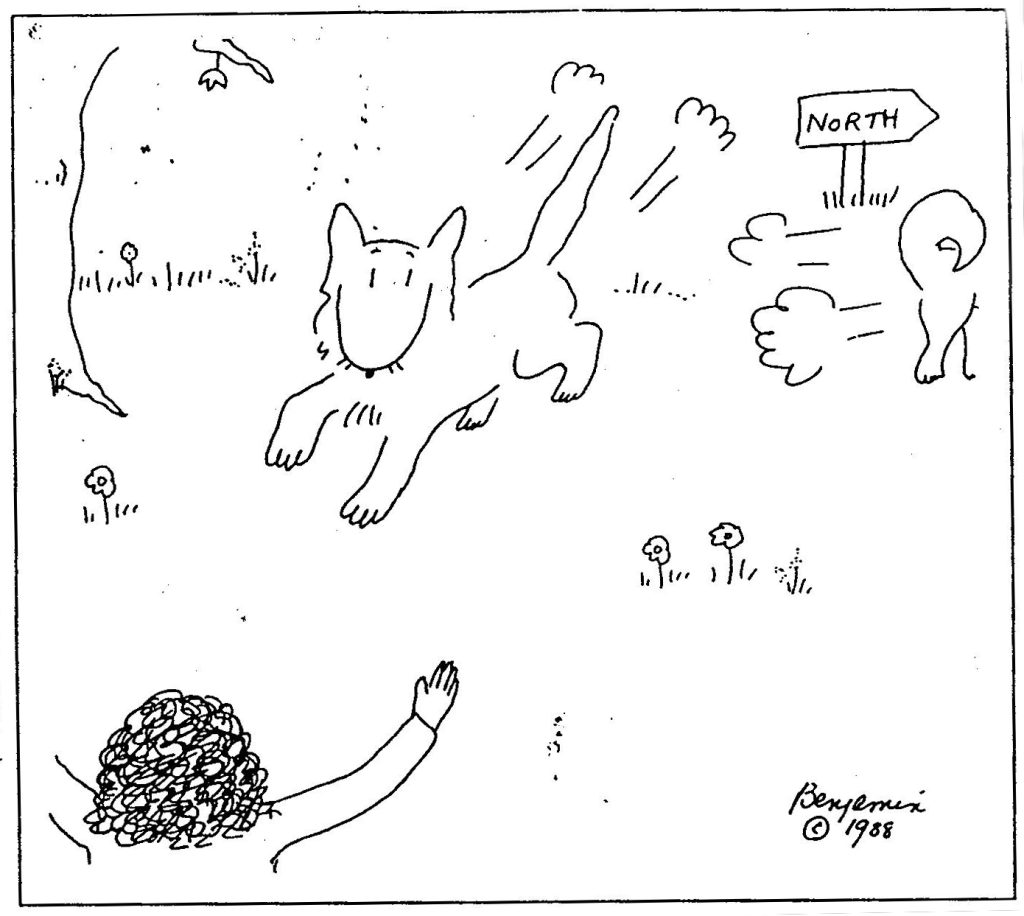 A spitz type dog, his leash dropped or off, might hang around for a while, acting like any other dog. He might play, mark his territory, sniff the air or ground. He might cavort, like mine does, in a charming, expansive manner. Then, most likely, he’ll change. His face will close down. He’ll shut you out. He’ll become Nanook of the North. He’ll hear not your voice but the call of the wild. And in a second, he’ll be gone. He may run only a short way off, just far enough that he feels he’s gone, free, his own dog. If you call him, forget it! Zero. Nada. No way, Jose. He’s busy. When he’s done his thing, without ever noticeably noticing you, he’ll wend his way back. Or, he may take off and be gone for hours, even days, while you die a thousand times. Will he get hit by a car, lost, stolen? If he doesn’t and when he’s good and ready, he’ll return.

I grew up with dogs who always came when called. We never leashed our dogs back then. They’d hang out with us while we played stick ball or they’d come along to the beach and swim, drink water from the fountains, snack on grapes and jelly sandwiches. Whenever you called, there was your dog.
When I became a dog trainer, I worked with many Nordic or spitz breeds that came without argument on leash and in the house, but once outside, they’d take off like SSTs. Just before they left, their faces would change. Their eyes would look Siberian, narrow and remote. They would look almost wild. Suddenly I’d catch myself thinking about Jack London.

But that romance. The reality is that having a dog who will not come reliably is troublesome. It’s not only frustrating; it’s dangerous.

Teaching Your Dog to Come
So I’ve been working with Lefty. Here’s what I’ve done so far:

One comes. She always will. It’s in her genes as well as her training. The other comes sometimes. He’s improving, but we could use your help.

Carol Lea Benjamin is a professional trainer and teacher of other dog trainers. She is the author of four books about dog behavior and a recipient of the 1985 DWAA Writer of the Year Award and the 1985 Gaines Fido Award. She has been the author for this column for the past nine years.
AKC – Gazette – January 1988 – pages 24-25 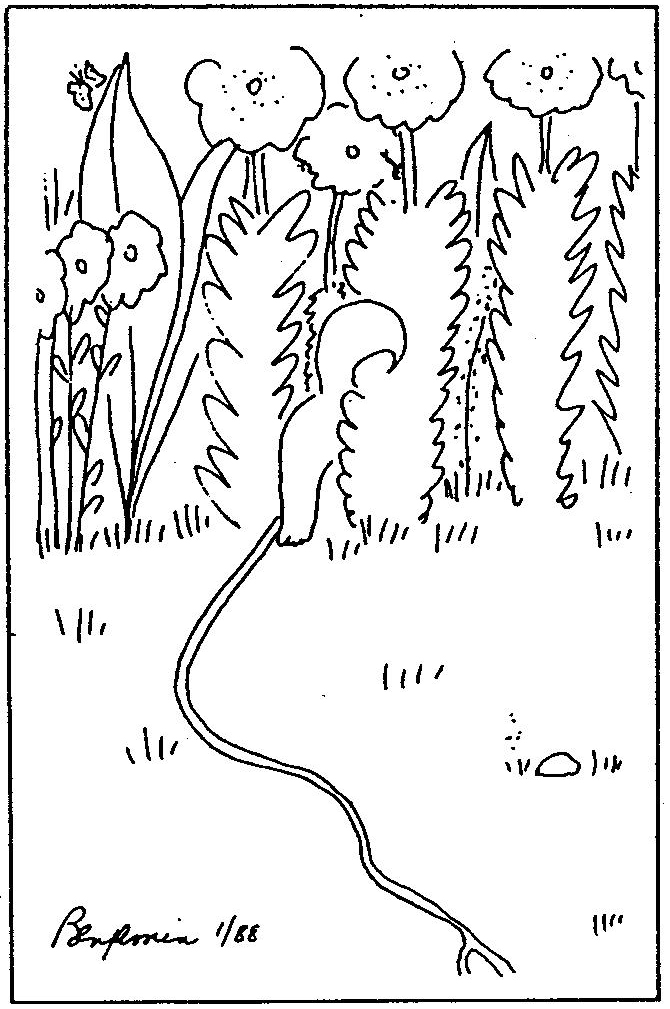 We really wish to thanks Carol Lea Benjamin for letting us share her article with the members of the CFSC.